Misery at the Theater 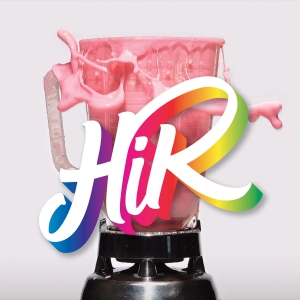 Bob and I went to see HIR last night at Salt Lake Acting Company with friends David and Amy. It was outstanding as their plays always are, but painful to watch. For the uninitiated, it’s about a messed-up family—but not in a way you’ve ever seen before. Dad has become helpless following a stroke. Mom slathers make-up on him, clothes him in a nightgown, and feeds him milkshakes laced with estrogen. The son is just returning from Afghanistan and the daughter is transitioning—becoming a son—which might be motivated by the dangers of living in a female body. The house is a mess, like an episode of Hoarders, a state the mother prefers, insisting that the son not clean it up, which he does anyway, as soon as she’s out of the house.

It emerges that before he was incapacitated the father was abusive, beating up both mother and daughter after losing his job. The mother is re-enacting the humiliation and hopelessness that she felt on him, as well as creating chaos in the home in defiance of the order that had been expected of her before.

I could barely stand to watch. The same seats we always sit in made me fidget. My legs felt cramped, my back ached, and I wanted badly to stand and stretch, but mid-row, mid-play, that wasn’t happening. (Now, mind you, I’m used to some discomfort. These days I reflexively keep a supportive hand under my right breast—as if it’s a cantaloupe hanging by a thread, or more accurately, a badly bruised apple. If it moves, it hurts.)

I coped as best I could. I flexed my feet and shifted, hoping I wasn’t too obviously spazzing—which I realize had more to do with my emotional reaction, than anything physical.

That mother, cheerfully creating chaos in her home, reminded me of the chaos my own wounded mother wreaked in our post-divorce home. In the play, the mother targeted her abuser, and the kids suffered collateral damage. In my home, my mother took what happened to her, and re-enacted it on my sister and me.

“Bill needs sex at least twice each day,” my mother told me. Bill was her boyfriend. Apparently, she was looking to lighten her load.

I was in our dirty kitchen looking for food, and not finding any, as was usual since Bill moved in. The cupboards were bare, and the fridge had nothing but beer.

“As the man of the house, he believes it’s his duty to teach the young girls about sex,” my mother continued. I shivered. I was 12, which likely qualified me as a “young girl.”

“Have you done it yet?” my mother asked next, giggling as if we were school chums. Was this some sort of placement quiz? I retreated to my bedroom and shut the door as if I could shut out her words and their threat.

What she didn’t talk about was her father, and the “education,” he’d given her. I was years away from learning about that and even more years still from understanding that my sister and I were supposed to take that burden from her.

The mother in the play turned her former tormenter into a puppet and humiliated him. His bed was made from a box, and she sprayed him with a water bottle as if he were a naughty puppy.  Nothing was normal in the house—the set was visual overload, the walls, floors, counters, and cupboards, all covered in junk. The chirpy way in which the mother created chaos, saying and doing the most ridiculous things, made me feel almost sick to watch. I wanted to flee. I wanted fresh air.

I was glad when the play eventually ended, but even more glad that I’d seen it. I’m no longer trapped in a dangerous home. Now the danger comes from within.

Have you ever had a physical reaction to a play or movie, or maybe a piece of visual art? Something that took you back to a time of crisis?